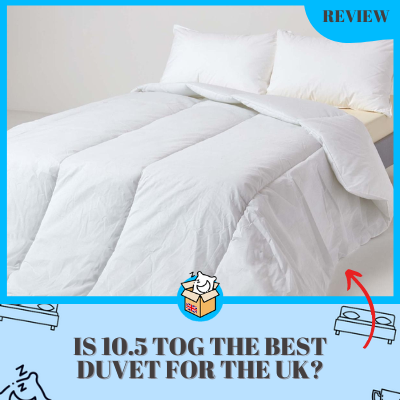 How long have tog ratings for duvets been in effect? Is it ok to use a higher tog in the UK?

10.5 is usually an all-season duvet, but you select a tog rating that suits you. If you are sensitive to temperature changes, you can use a higher or low-rated tog for your duvet. The tog rating has been used since 1940, when the Shirley Institute in Manchester, England, created it. Cotton was the focus of the Shirley Institute as it played a vital role in the UK economy.

Below is more information on tog selection to help you find the best duvet for you.

Contents show
1 What is a tog rating in the UK?
2 How do you choose which tog is right for you?
3 10.5 tog what does it mean
4 Is 10.5 tog too warm for summer?
5 What tog is best for the UK?
6 What tog should the baby sleep in?
7 Does a baby need a duvet?
8 Can you use more than one duvet?
9 Can you increase the tog rating of your existing duvet?

What is a tog rating in the UK?

Tog indicates the thermal resistance of the duvet. Nights in the UK can be pretty cold most of the year-round so choosing a duvet that keeps you warm through all seasons is imperative to getting a good night’s sleep.

The tog rating on your duvet best indicates how warm your duvet will be. Lower tog duvets are going to be cooler than higher-rated tog duvets.

When selecting your duvet, remember that the tog is just a baseline for you to make your choice.

How do you choose which tog is right for you?

It is a personal decision. Most people can share a duvet and sleep at similar temperatures, so choosing a tog is easy.

Below is a quick reference guide to help you select a tog for your duvet.

Keep in mind that it is just a baseline guide for choosing what is right for you.

It means you have a duvet that is rated as good for all seasons. If you live in the UK and live in a property with good insulation values and central heating, then a 10.5 tog duvet will be a good choice for you.

The 10.5 duvets should serve you well as an all-season duvet; if the nights through the winter months become very cold, you can always throw a blanket over the top of the duvet for extra insulation and warmth.

Keep in mind the quality of your duvet cover also adds to the insulation properties of the duvet.

It should be fine for the short UK summers. You have choices. If you find your 10.5 tog duvet too warm for summer nights, you can always remove the duvet and sleep with a bed sheet.

If you prefer a little warmth and comfort from the duvet, you should use a 4.5 -7 tog duvet during summer.

There is no set formula for choosing a tog rating for your duvet. We all sleep differently; some of you sleep hot while others sleep cool. This can make selecting the right tog more difficult when sharing a bed.

What tog is best for the UK?

The most commonly purchased duvets are 10.5 to 13.5. You could say the UK weather is unique in that you can not guarantee the winter will be cold, and if it is cold, how long will it be cold for?

For this reason, most duvets are old in the mid-range for thermal insulation. If you like to feel toasty when sleeping, opt for the higher-rated 13.5 togs.

What tog should the baby sleep in?

Babies generally sleep much warmer than adults, so always keep the room on the cool side and use a low tog duvet of no more than 2.5 togs.

Remember, your baby is wearing a baby grow to sleep in, a nappy that is likely disposable, which will generate heat.

If you feel your baby is on the cool side when checked, you can always tuck them in a little to keep more insulation around the baby.

If the country is in the middle of a heat wave, then you will need to drop the duvet’s tog rating to its lowest 1 tog.

You may even decide not to use a duvet if the nights are hot and uncomfortable.

Does a baby need a duvet?

It depends on the ambient temperature of the bedroom or room the baby is sleeping. If you live in a modern home with good insulation and central heating, then the answer is no.

Can you use more than one duvet?

Yes. Using more than one duvet can be the only solution for some couples. You can have the best of both worlds by using two duvets, sleeping next to each other and enjoying the warmth you need, whether hotter or cooler.

Can you increase the tog rating of your existing duvet?

Yes. If you are finding the nights a little too cold for your liking, then add a blanket over the quilt. The blanket will increase the insulation and will keep you warmer.