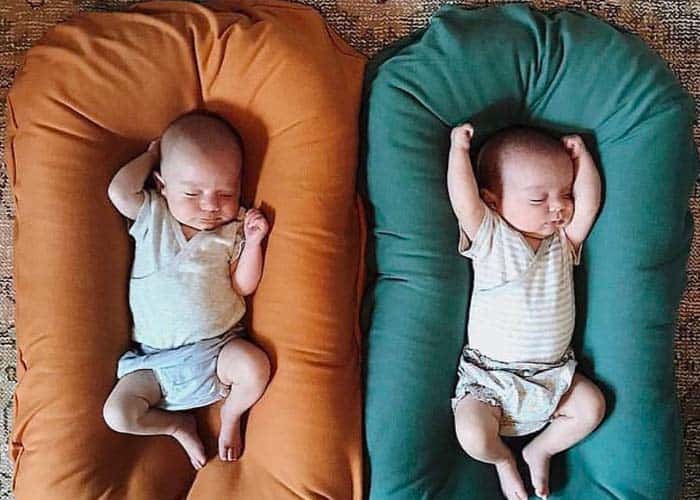 A lot of people have been asking this question lately, and it is a hard one to answer. The general consensus seems to be that newborn babies don’t need a pillow because their heads are supported by the mattress.

However, there are some who believe that the baby could get used to sleeping on its back or stomach if they use a pillow from birth.

First of all, babies like to sleep in different positions and not always on their backs. It is important that they can move around a little bit so it’s good for them to have some sort of cushioning underneath them. This will help with colic pain as well because the baby won’t be lying flat on its stomach or side when sleeping.

A great idea is to buy a special pillow for the baby instead of using your own pillows because they can be dangerous if you don’t know what you are doing. You could also try one of those U-shaped pregnancy pillows, which will support both sides and give them some nice cushioning around their body as well. Just make sure you don’t put them on their stomach and make it difficult for them to breathe.

– Make sure the baby is never put on its stomach

– Consider a U-shaped pregnancy pillow to support both sides and give them some cushioning around their body as well.

This is a frequent question from new parents. The answer is no! Newborns don’t need sheets as they sleep in their own crib or bassinet that has been prepared by you and your family to ensure safety standards both for the child and also the mattress itself.

Do Newborns need a pacifier?

Newborns need to be fed, changed and held. If they are not getting enough attention or affection from their mother, the doctor may recommend a pacifier for them.